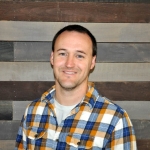 Andrew grew up in and around the Church. He is the son of a United Methodist pastor and both his parents also served as United Methodist missionaries. His brother is also an ordained Methodist clergy. These ties to the church have always made it feel like home and during his junior year at Mars Hill University in NC, he received his call into youth ministry. During the last 18 years, Andrew has served 4 different churches in North Carolina and Tennessee. He worked for the State of NC Fellowship of Christian Athletes, and has spent time working in Africa with The Raining Season and Doors Ministries.  Andrew joined the staff at Williamson's Chapel in 2012. You can usually find Andrew at the schools, at games, or taking it easy around the office. He believes that being in service to others is not a choice, but a command. When he is not running around with the youth, you can catch him chasing his dog, Baylee, watching University of Memphis basketball, Nashville Predators hockey, or rock climbing.