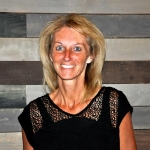 E: This email address is being protected from spambots. You need JavaScript enabled to view it.
P: 704-660-8268

Chrissy and her husband, Chris, were born and raised in Maryland but have called North Carolina home since 1999. They have been attending WCUMC since 2010 and became members in January 2012. After attending community college for a short time Chrissy knew she just wanted to work with children. She brings many years of early childcare experience with her, including being the owner of a state licensed daycare and, most recently, a preschool teacher, as well as being a stay at home mom to her children. Chrissy and Chris have 7 children- Morgan, Olivia, Brady, Colin, Erin, Evan and Parker. In February 2004 their hearts were broken when Parker went home to be with Jesus. Chrissy is excited to work alongside Kristin in continuing to lead Williamson’s Chapel Preschool to be one of the best and most sought after preschools in the area. In her spare time she enjoys reading, spending time with friends & family and watching her kids participate in various sports.